Baroo! Hello, my human and furry followers.  Lindsey here with my Bark Report. Today I want to bark at you about inspecting a used RV.  I got to go with mom and dad on an inspection. A real NRVIA, third party unbiased inspection.  Ha! And Dad thinks I don’t listen!  WRONG!  And I’m here to tell you all about it first paw. 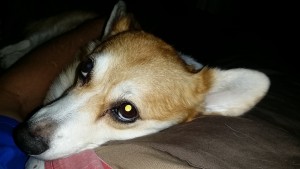 Dude, it was so Corgi cool to watch mom and dad at work.  I lost a whole day’s worth of sleep trying to see all that they were doing.  It was at this huge place that sells all kinds of sizes and shapes of RVs.  We got a special place to work in, one of those covered garage spaces.  It was noisy for my big ears but so exciting!  I kept going from window to window to try to see what was going on outside. 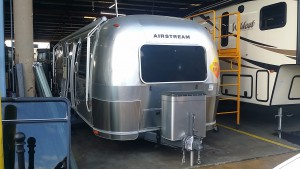 Let me tell you; my dad could be a superhero.  He was like Spiderman moving all around it.  The RV was all shiny and silver, like a bullet.   He examined every inch of that thing.  He moved the ladder so many times I lost count on my puppy paws.  (I only have four toes on my front paws because my dew claws were removed when I was a baby.  Ouch!  You try losing a thumb. 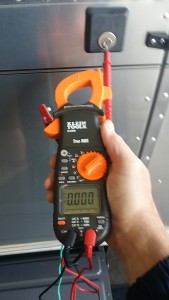 Dad tested for all kinds of things.  He tested to make sure the new owners won’t get shocked when they touch the door or anything on the RV.  He checked the big rubber round things that let the RV move down the road; He checked the big cloth covering thing over the door to be sure it worked, and even inside every hidey-hole on the outside. 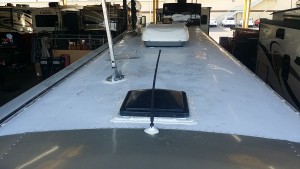 He checked all the white sealant stuff on the roof around the things sticking out of the roof, or where seams come together for places where water could get inside.  Believe me; you don’t want that.  We had that once, and I’m here to tell you I don’t like unexpected showers at three in the morning. 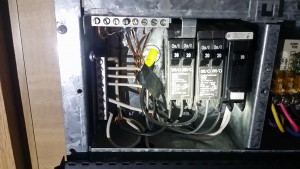 Then Dad checked that the battery things worked and all the electrical stuff was not burned or damaged and working as it should be.  He even got to play with the poo valves.  I always wondered when Mom and Dad pull on them, does it make the poo flow faster?

Meanwhile, Mom was inside checking all the stuff in there; cabinets, beds, windows, lights, fans, toilets, sinks, those sensor things on the ceiling, the walls, floors, and ceilings for soft spots or damage.  She even tested the stove and refrigerator.  I was sure we were going to have lunch.  Drat.  No such luck. She just kept going, like the Energizer Bunny. 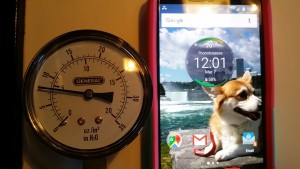 After Dad was done outside, he went inside to check on that stinky gas stuff in those tanks used in RVs.  He wanted to make sure that it wasn’t leaking.  That would be really bad.  Mom told me once that if it leaks, it could make people sick or even blow up the RV!  That could really ruin your day! 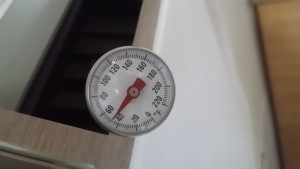 Through my vantage point, I saw him sticking these probe things in the ceiling vents like we have in ours that blow cool air.  He told me later he was checking to be sure they were working so the new owners would stay cool in summer.  Good idea!

The people that asked Dad to check out this RV are new RVers.  They never had one before and wanted to make sure that this one would be a good one for them.  Not good just because the salesman told them so.  As Dad says, he wants them to have a good experience and know exactly what they are getting by not buying a money pit.  Wow! That is so cool!  I am so proud of Mom and Dad to be able to help people like them out.

I wuv my Mom and Dad!  Time to catch some ZZZ’s.