Greetings from Lindsey, the full-time RV living Corgi!  I don’t know where 2018 went but it sure did go by fast.  At fourteen and a half years old I cherish every day as an RVing Corgi!

When last I wrote I mentioned that Mom and Dad were talking about another fur-kid.  Of course, they would choose another Pembroke Welsh Corgi as I am the third one they have had.  I posted a picture of the little nipper in my last blog.  It is a picture Mom and Dad got from the breeder.

On December 22, 2018, Mom and Dad woke me up real early and put me in the truck, in the cab of course.  I found out later that this was going to be a trip from Texas to Kansas to go pick up my new brother.  I was not excited!  I know what puppies are like.  Mom and Dad reminded me what a pain I was to Maya! 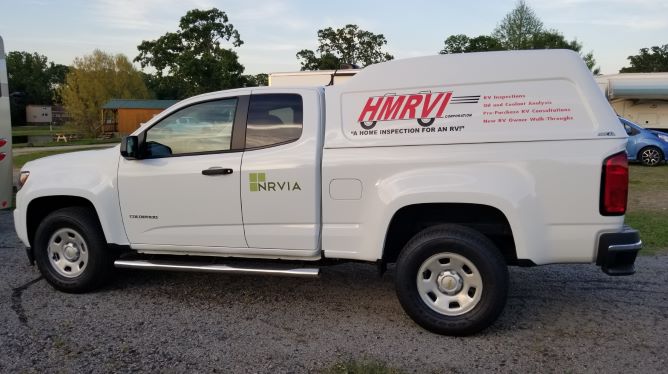 After leaving Texas at 3 AM, we drove over five hundred miles to the breeder’s location in Paola, KS.  It was quite a long drive, and even though I like to sleep all the time, I was ready to get out of the truck.

Once we arrived at our destination, Mom and Dad disappeared and left me in the truck.  I assumed they were meeting the new puppy before I got a chance to have my say about this whole thing.  Here he is, on the right, with one of his sisters.  Mom and Dad wanted the fluffy male corgi, but they were also looking at the female. 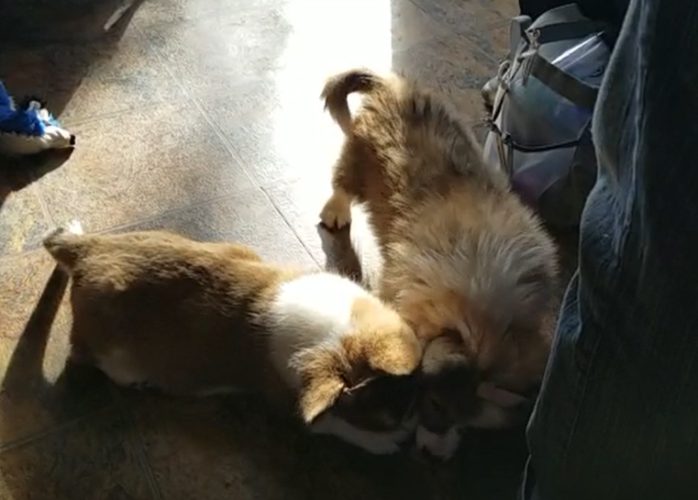 A short while later Mom came and got me and brought me into the breeder’s home to meet the little ball of fur.  I know they already decided they wanted him and my opinion really did not matter, but I did get a chance to check him out.  Since he has grown up with so many Corgi’s I was not a big deal to him.

He did the usual nip and run puppy thing but I snarled and he ran.  So I think we came to a quick understanding that I am the Queen of the castle. Here’s a picture of the Mom, PJ. 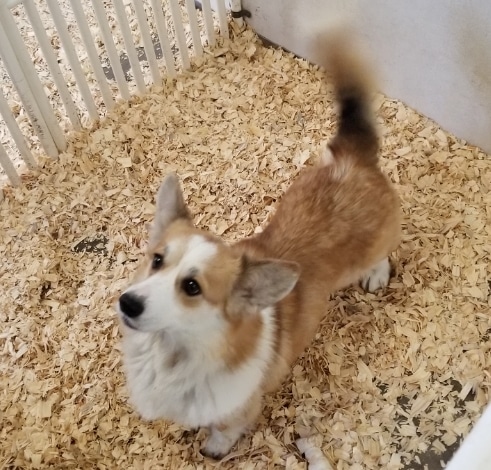 And here is the Dad, Reggie.

So, after about three hours of time with the breeder, meeting the mother and father, and getting the furball’s ownership transferred to Mom and Dad, we were back on the road, but know there was a crate next to me in the truck and I had to share my space with him.

We traveled for an hour and then stopped at a hotel for the night.  Since we started at 3 AM and it was now late afternoon, we were all tired, except for my new bro-fur!  So we stopped at a LaQuinta, which is a great hotel if you travel with dogs.  Since Mom and Dad are RVers, it is rare for them to be out of the RV!  In eleven years of full time living it has only happened a few times.

Mom and Dad said this trip was just too quick a turnaround to bring Miss Tiffy, and traveling into Kansas in the winter time can be problematic.  So the hotel was the only option.  So here was our room for the night.  It was quite comfortable and we were able to keep the puppy pen on the tile. 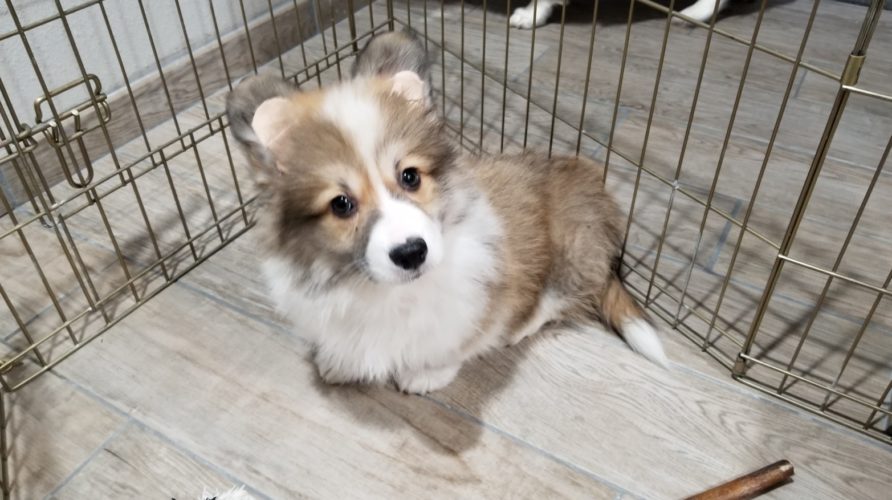 I keep referring to the little nipper as the furball and the bro-fur, but I guess it’s time to reveal his name.

Mom and Dad had decided on a name prior to meeting him.  They chose the name Sir Winston Churchhill’s Quandary.  The reason for the Quandary part of the name is that Mom and Dad have named all of us Corgis after tall mountains in Colorado, those over 14,000 feet.  I was named after Mt. Lindsey in the Sangre de Cristo range in Colorado.

I hear Mom and Dad calling him Winston.

So, after a night in the hotel and another long drive back to Texas where the RV is currently located, in less than forty-eight hours I traveled eleven hundred miles and returned with Winston.  We arrived home a few days before Christmas.  Mom and Dad wanted a few weeks over the holidays to get Winston settled into a routine.  They had the time to spend every day with him getting the little piddler housebroken.  Here he is in his playpen.

It has been three weeks since he invaded my space and life is very different than it was before he arrived.  Now I know how Maya felt when I showed up as a puppy.  She was so good to me!  I have to remember that even though I am old and cranky that I need to be nice to him like Maya was to me.  Yes, I must teach him in the ways of the force!

However, Mom and Dad are keeping us separated so we don’t get into a fight over food and toys.  Unlike Maya who was so easy going I do have a food and toy fetish: what’s his is mine and what’s mine is mine.  You know how that goes.

I will be fifteen in July.  Mom and Dad had me to the vet recently and had my blood tested.  Everything was normal so they were really happy!  They want me to be around a while longer.  I’ll do my best even though it is getting hard to get around.  I know Mom’s healthy diet: healthy food, freeze-dried protein patties, and healthy treats.  She has been feeding me these things all these years and it has really helped to extend my life!  Thanks, Mom!!  Even the breeder was impressed!  You see, Winston and I came from the same place.  Pretty cool, eh?

Well, that’s it for now.  I’ll check back in again and let you know how life with Winston is going.  I hear he is going to have his own section on the website.  He already has a Facebook page.  Better him than me!